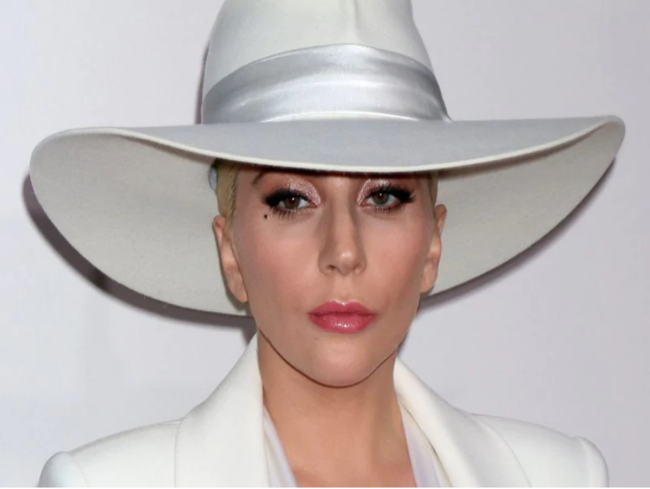 By Alan Mozes, HealthDay Reporter THURSDAY, Sept. 21, 2017 (HealthDay News) -- Last year, superstar Lady Gaga took to social media to announce that she has long struggled with fibromyalgia.The news has put the painful and poorly understood illness center stage.The singer postponed the European leg of her 2017 "Joanne" concert tour due to what she described as fibromyalgia-related "trauma and chronic pain."Gaga hasn't offered up details of her condition, although it came just before a new TV documentary about the singer premiered on Netflix -- reportedly highlighting some of her health concerns.But one thing is already clear: the disease does, at times, pull the rug out from under the performer's best-laid plans."The pain and disability seen in fibromyalgia is typically worse than almost any other chronic pain condition," explained Dr. Daniel Clauw. He is a professor of anesthesiology, medicine/rheumatology and psychiatry at the University of Michigan."[The pain] doesn't just affect one area of the body you can avoid moving, and often is accompanied by severe fatigue, sleep, memory and other issues," Clauw noted.Dr. Marco Loggia added that "it can be extremely debilitating." Loggia is associate director of the Center for Integrative Pain NeuroImaging at Massachusetts General Hospital in Charlestown, Mass."Most of the patients we encounter in our research studies are significantly impacted by the disorder," Loggia noted, "which sometimes prevents them from having normal work and social lives."Fibromyalgia was first recognized by the American Medical Association as a distinct disease back in 1987, and is "a relatively common chronic pain disorder," Loggia said.How common? The National Fibromyalgia & Chronic Pain Association (NFMCPA) indicates that the illness affects up to 4 percent of the world's population, and anywhere from 5 million to 10 million Americans. It is much more common among women, who account for 80 percent of patients. Although it can affect children, it is most often diagnosed during middle age.According to Loggia, the disorder is characterized "by persistent, widespread pain, fatigue, un-refreshing sleep, memory loss, poor concentration and other symptoms."The NFMCPA adds that it can also give rise to sensitivity to light and sound, as well as to a degree of psychological distress in the form of anxiety and depression.But what exactly is it, and how does it develop?The picture is murky, with the U.S. National Institute of Arthritis and Musculoskeletal and Skin Diseases flatly acknowledging that "the causes of fibromyalgia are unknown."But experts suggest that the disorder is likely driven by several factors, including exposure to a traumatic event (like a car crash) and/or exposure to repetitive injuries. Central nervous system disturbances may also play a role, as might a genetic predisposition to feel pain in reaction to stimuli that most people perceive as benign.Struggling to find more in-depth answers, Loggia noted that American and German researchers have recently identified a subset of fibromyalgia patients who appear to have abnormalities in some of their peripheral small nerve fibers.His own research suggests that some degree of brain inflammation may be at play, given that brain inflammation is common among chronic back pain sufferers and most fibromyalgia patients suffer from chronic back pain.Unfortunately, Clauw cautioned that the failure to identify a clear cause for fibromyalgia has given rise to the myth "that it is not real." That, he said, is decidedly not the case.Loggia agreed."Traditionally, patients with fibromyalgia have been met with a great deal of skepticism, stigma and even condescension, including by many physicians that are supposed to take care of them," Loggia said. "Even today, their pain is often dismissed as 'all in their head,' not real," he added."However, many studies -- and particularly those using brain imaging techniques such as functional magnetic resonance imaging -- have now provided substantial support to the notion that the excessive sensitivity to pain that these patients demonstrate is genuine. I think that it is time to stop dismissing these patients," Loggia said.What these patients need now are "better drug and non-drug treatments," Clauw said."We've only begun to take this condition seriously from a research standpoint for about 20 to 30 years," he noted, adding that there are no "really effective" drugs for fibromyalgia.Loggia said that means a lot of the focus has been placed on pain management, with patients turning to interventions such as painkillers (opioids) as well as yoga and cognitive behavioral therapy. "But these interventions are rarely 'completely curative,'" he added.As for Lady Gaga, she likely faces a better prognosis than most."That this was diagnosed when she was younger is good, because many people go years or decades undiagnosed," Clauw said. "But she also almost certainly got better recognition and treatment for her condition given who she is. Others in similar medical -- but different social -- situations would struggle to even find a doctor to see them and take them seriously."

Note: This article was published more than one year ago. The facts and conclusions presented may have since changed and may no longer be accurate.

Here are some conversations from MyFibroTeam:

• "I made it through another day of torture without giving up and throwing in the towel. Woot! The more I do the less I am able to do, it seems. These passions are what keep me living, striving forward, battling my conditions and overcoming the darkness.😁"

• "I hope you can let go what you can't control. Normal to feel that way, of course. Don't waste your precious energy, though. It sure could cause a flare up."

• "I'm having a hard time accepting the fact that I have fibromyalgia. I can normally deal with whatever gets thrown my way but my ex left a month ago and I'm so isolated and scared."

Here are some question-and-answer threads from MyFibroTeam:

• How do you respond to insensitive remarks? I have a friend who does not understand my fatigue level.

• What does your doctor do for you when you are in pain besides giving you meds?

• Since Fibromyalgia is related to anxiety/depression, who do you go to vent on the pain and the anxiety?

What do you think about celebrities like Gaga speaking up about the realities of living with a chronic illness like fibro? Share in the comments below or directly on MyFibroTeam.

Here is the link for the vibrams five fingers shoes.

posted about 1 month ago

Because the physical impact of fibromyalgia can be all-consuming, you may be dealing with...

Because the physical impact of fibromyalgia can be all-consuming, you may be dealing with...
read article >

Fibromyalgia is a chronic condition that causes widespread pain, fatigue, and other symptoms....

Fibromyalgia is a chronic condition that causes widespread pain, fatigue, and other symptoms....
read article >

No one knows how fibromyalgia develops, but many researchers believe it involves an interaction...

No one knows how fibromyalgia develops, but many researchers believe it involves an interaction...
read article >

The cause of fibromyalgia is unknown. Some researchers believe fibromyalgia originates with a...
read article >

The path to a diagnosis of fibromyalgia can be a long and uncertain one. It takes an estimated...

The path to a diagnosis of fibromyalgia can be a long and uncertain one. It takes an estimated...
read article >

Spondyloarthritis (SpA) is an umbrella term for several types of inflammatory arthritis that can...

Spondyloarthritis (SpA) is an umbrella term for several types of inflammatory arthritis that can...
read article >

Those of us living with pre-existing, chronic conditions such as fibromyalgia have likely felt...

Those of us living with pre-existing, chronic conditions such as fibromyalgia have likely felt...
read article >

Eat healthier. Exercise more. Learn a new skill. Pay off a credit card. Many of us have made...

Eat healthier. Exercise more. Learn a new skill. Pay off a credit card. Many of us have made...
read article >